For our latest project, we had to design and create our own E4 sting! It’s been a really fun project because we were all allowed to go a bit mental and create some crazy ideas! We started by looking at some stings that had already been created. I really liked one particular sting which was a sort of shadow puppet show; I liked the smooth animation, mixed with the weird idea. I wasn’t crazy abut the sting that won that year, but I did like the colour scheme; it was quite minimal with only the purple being the stand out colour. So with these things in mind I went and did some research. 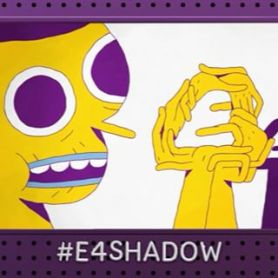 As I think I’ve mentioned before in my blog, I have recently been inspired by the work of Jamie Hewlett in the ‘Gorillaz’ music videos. I love the angular, rough look and the style of the animation. So I think his style has subconsciously influenced me in this project! In my own sting I’ve tried to create a sketchy look, with very snappy animation. I also made my lead character quite angular, to match the animation, and also because she’s quite villainous.

Also I’ve been reading a lot recently, and I think the things I’ve been looking at have had an influence on my ideas! I’ve been reading ‘The Umbrella Academy,’ drawn by Gabriel Ba, which is quite a dark graphic novel. I love the character designs; again they are quite angular, but full of emotion. (I’ve also been reading a lot of Stephen King which I think is why I chose an idea with monsters in it…) 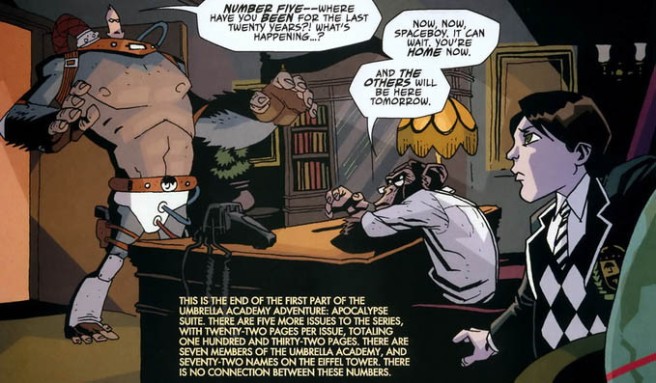 I also decided that I wanted to do this project in Flash, because I’ve never used it before and I thought it would be useful to learn. I discovered that TV shows such as ‘Foster’s home for imaginary friends’ and ‘Happy Tree Friends’ and made in flash. Both have quite different styles, in terms of animation and design, which I thought was good because it meant there would be room for me to create an animation in my own style. Also both shows are weird in their own way; Foster’s Home is aimed at kids, and is set in a place where orphaned imaginary friends live, meaning the characters and storylines are quite strange! And Happy Tree Friends is even stranger; it puts cute characters in seemingly lovely situations, and they all end up being killed in gruesome ways… 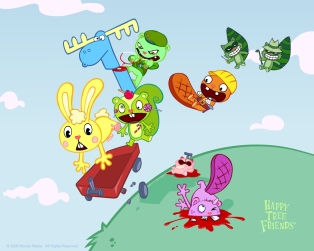 All of this came together to influence my own work. I decided to create a sting in which a mischievous girl shakes a can of ‘E4 juice’ and explodes it onto a crowd of people, who then all turn into crazy monsters! I used a minimal colour palette with purple being the only vibrant colour used, and I used snappy animation to create a weird look. Here are some of my designs!

I really enjoyed this project, I’ll hopefully be able to try something like this again for my major project!